Throwing together some more Sketch Art examples for the old portfolio. Since all the stuff I've done for actual clients is all flipping non-disclosable!
I don't think that The Devil's Double was the best movie of the summer or anything, but it was actually pretty fascinating. Some of the stuff Uday Hussein did in the movie seemed so far fetched that I went and looked up online what he's actually done in real life (well, according to Wikipedia).  But this guy was actually legitimately insane! He tortured olympic athletes, raped women he picked up off the street, murdered some folks. Killed his dad's buddy with an electric meat-carving knife at a party!  Also, he had a personal collection of lions and cheetahs....what.
Anyways Dominic Cooper did a pretty spectacular job as Latif and Uday.  Although I thought he looked a lot less like them, and a lot more like Freddy Mercury.  Now THAT's a biopic I would watch.  Make it happen, Hollywood!
Posted by Tristyn at 12:53 PM 1 comment:

New Doodles: Noodles, if you will 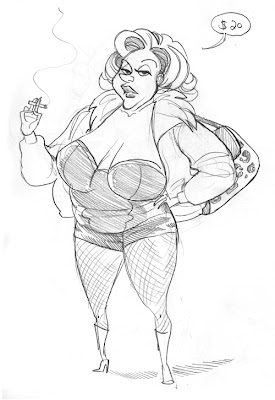 When I'm not drawing I moonlight as a transgender prostitute.  This is my bff, Bitsy. 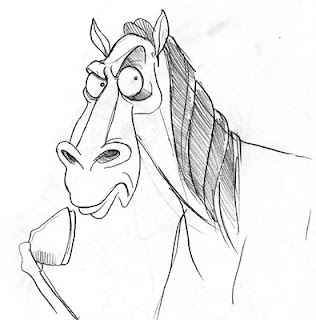 And this horse is wicked suspicious.
Posted by Tristyn at 9:29 PM 2 comments:

Email ThisBlogThis!Share to TwitterShare to FacebookShare to Pinterest
Labels: All of this is true

Yo! I feel like I'm only posting finished stuff up in here, but I also doodle things like all the time. The Proof: 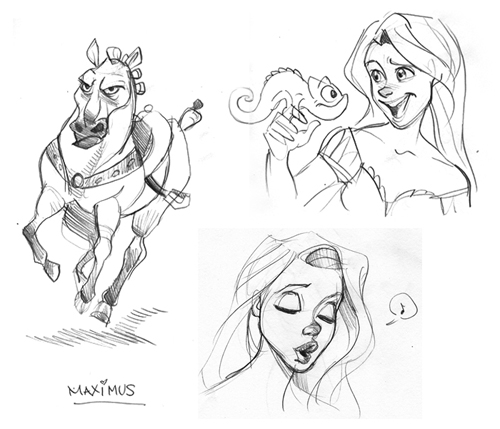 Some stuff I drew while leafing through the awesome Art of Tangled book. 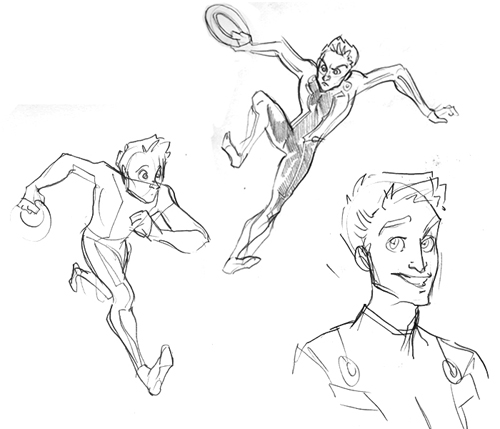 Mmm, Sam Flynn from the new Tron. I like your lightsuit buns.

And some cute critters.  Y'know cuz I'm a girl and it's obligatory.
Posted by Tristyn at 7:15 PM 2 comments: 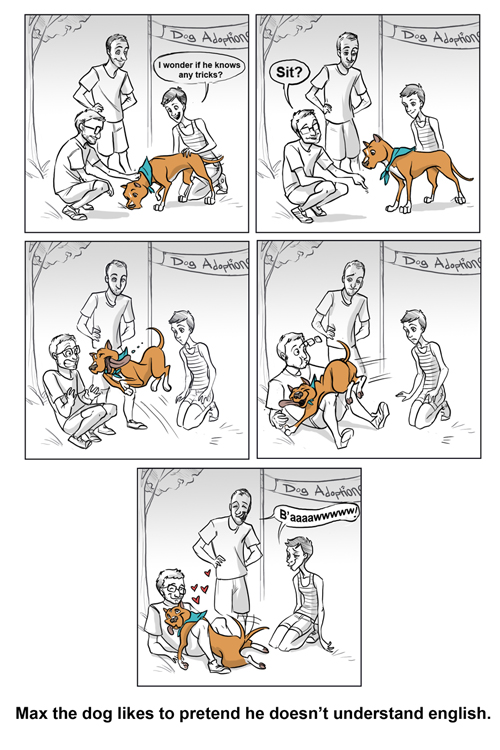 My buddies Steve and James are fostering a sweet little pitbull named Max and he did this when they were meeting the dogs and it was PRETTY DARN CUTE.
So if anybody in the LA area wants a snuggly rescue pup named Max, he's looking for a permanent home ^_^
Posted by Tristyn at 4:48 PM No comments: 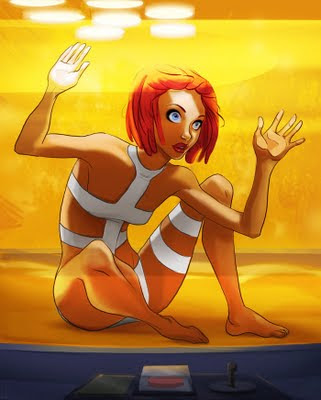 One of my all time fave movies. I want an outfit made out of seatbelts!
Posted by Tristyn at 4:27 PM 2 comments: 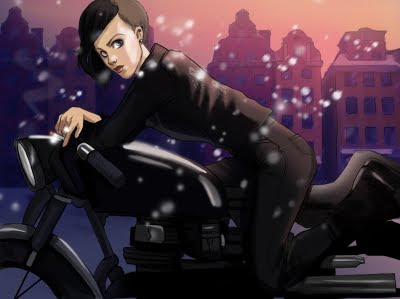 S'more Girl with the Dragon Tattoo fan art, based in this kick ass photoshoot with Mara Rooney for W Magazine: 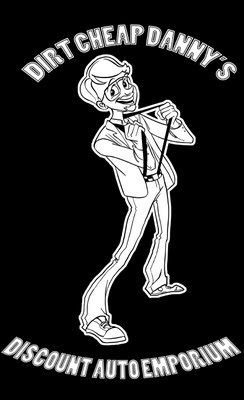 Made a T-shirt design for this crazy dude: